Cowgallstones – How to Buy and Preserve Them Whether you’re collecting cowgallstones for your own personal use or for medicinal purposes, you’ll need to find a good source to acquire…...
" 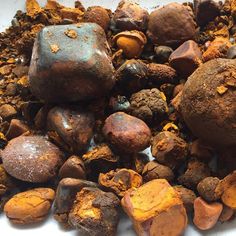 Whether you’re collecting cowgallstones for your own personal use or for medicinal purposes, you’ll need to find a good source to acquire them. You’ll need to know the best way to get them and to keep them, as well as how much you should pay for them. You’ll also need to learn how to preserve them, if possible.

Traditionally, cattle gallstones have been used as an herbal remedy for a wide variety of illnesses and medical conditions. They are a crystalline mass of hard substance made up of about 75 percent water and have many uses in Traditional Chinese medicine. The medicinal value of the gallstones has led to a high demand for these natural stones.

The most common type of gallstones are those from cows, but the origin of the stone may also vary. Some cattle gallstones are native to Africa, and others are harvested from regions in Europe, South America, and ex-soviet states. These stones are usually dried and packaged in hermetically sealed bags.

In ancient Greece, gallstones were considered a miracle cure. They were used for poison cures and to stimulate fertility. Greek medicine even suggested wearing a bezoar pendant or ring to bring out the magical properties of the stone.

Ox gallstones are also known as “calculus bovis.” They are composed of calcium bilirubinate, a compound that has anticonvulsive, antipyretic, and antihypertensive effects. The Chinese believe that bilirubin can treat heart diseases and lung cancer. It is also believed to be a sedative and remove toxins.

Cattle gallstones are an important source of revenue for the abattoir industry. Every part of the animal becomes a profitable commodity, and gallstones are no exception. In the Australian industry, about 200 kilograms of bovine gallstones are harvested each year. The gallstones are sold for a price of $20,000 a kilogram.

Gallstones from cattle are often used in proprietary Chinese medicines. The Chinese pharmaceutical industry requires 100 metric tons of gallstones per year. It is therefore essential that the stones are in good condition. This is achieved through a process that separates the stone from other waste products. The stones are then vacuum-packed and stored in a dark room. Then they are flipped regularly to dry more effectively.

The market value of gallstones has increased in the last fifteen years. Some gallstones have been sold for over seventy-three thousand US dollars a kilogram.

As a result, the article has become a gathering place for gallstone traders. If you are considering buying or selling gallstones, you will want to do your research carefully.

Throughout the centuries, gallstones have been a favorite commodity, valued for their medicinal qualities. They are a hard crystalline mass made from digestive fluids. They are usually crushed or pressed into pills.

The demand for bovine gallstones has been growing, and prices are also rising. Some sellers are reporting that they are earning up to $20,000 per kilo.

The Chinese government has promoted the use of bilirubin-based medicines, and the gallstone market is responding in a favorable way. This may affect gallstone dealers and butchers, who may be able to make a larger profit by competing on the kill floor.

Gallstones are also sold in the form of a proprietary Chinese medicine, which contains artificial gallstones. According to the company that produces the medicine, these stones are used to treat a variety of ailments. In fact, they are thought to cure heart disease and hepatitis.

Traders in the Australian and Asian markets are also reporting that gallstones are increasing in value. This is attributed to the antioxidant properties of bilirubin. This is believed to treat lung cancer, hepatitis, and a number of other ailments.

Some of the most popular venues for selling cow gallstones outside of China are private Facebook groups. Traders have listed prices between $45 and 77 USD per gram. These include “higher quality” products that are appraised individually.

If you’re considering buying or selling gallstones, it’s a good idea to do your research. Gallstones can be a profitable source of revenue, but it’s important to remember that they’re a rare commodity. Ideally, you want to purchase or sell pristine stones.

In addition, there are some precautions that must be taken to preserve them for sale. Before shipping them, they should be dehydrated. This helps to prevent breakage and loss of value. You should also nest the stones in egg cartons or biscuit tins.

Purchasing and preserving cowgallstones can be a lucrative business. But there are pitfalls to consider. First, it is important to know how much gallstones are worth. There are many factors that influence their value. Some of them include size, color, shape, texture, quality, and demand.

There are also various ways to buy and sell these stones. You can go to an import-export website to get an idea of the current market. You can also contact a gallstone broker. They will usually pay you a minimum of $57 USD for a gram of “average grade” product. Some of the highest prices are for the smallest gallstones.

In the past 15 years, the price of gallstones has risen substantially. Some traders will list prices as high as 77 USD per gram. However, you may not get the top price. The most valuable gallstones are a golden hue.

When collecting gallstones, it is important to dehydrate them before shipping. This will keep them from bruising and breaking. You can also protect them by wrapping them in tissues. You should also check that the stones have a natural odor of cattle.

Some of the most precious and valuable stones are pyramid shaped rocks. These can be worth ten times more than the smallest stones.

A one carat stone can be worth $1000, but it is surprisingly light. It can also be sold for as little as $44USD.

But a 57-gram ox gallstone, if it is in good condition, can be worth more than a gold coin. The Chinese believe bilirubin can cure hepatitis, lung cancer, heart disease, and a range of other ailments.

As a matter of fact, ox gallstones are still popular drugs in China. During the Han dynasty, they were used as a therapeutic remedy. In the 12th century, they were used for jewelry and charms. In addition, they were believed to be able to protect against poison.

When deciding whether to purchase or sell gallstones, you need to understand that the price is based on a number of factors. You may not receive the most expensive price in the Asian market.

Buying them from a buyer on the side

Buying cowgallstones from a buyer on the side can be a lucrative business. The bilirubin in these stones is believed by Chinese medicine specialists to have anti-hepatitis, lung cancer, and heart disease treatment properties. Gallstones can sell for between $15 and $35k per kilo, and are worth more than gold in Asian markets.

Gallstones are usually pressed into pills. They are then dried at 20degC for two to three weeks, and isolated from other waste products. The antioxidant properties of bilirubin also contribute to their value.

According to the import-export website, the current market for gallstones is in the range of US$45 to 77 USD per gram. The price is determined by the size, color, and texture of the stone. The darkest stones are least valuable. Those that are full bodied and golden are highly coveted. The best gallstones are pyramid shaped.

In Australia, gallstones are raked in by abattoirs, and are stored in stainless steel dropboxes. The company Sunshine Trading claims to be the leader in the industry. They deal with over 50 abattoirs across the country, and collect 200 kilograms of gallstones annually.

Some gallstone buyers say they have made over $8,000 in sales. This is based on the idea that a single cricket ball sized stone can make a person rich. However, these are only a drop in the ocean. If you want to make money by buying or selling gallstones, you’ll need to be more cautious.

It’s important to make sure you don’t buy any stones from unhealthy animals. In other words, don’t buy stones from cattle with mad cow disease. And, don’t sell stones to a thief. In fact, the Australian authorities consider it a criminal act to steal gallstones.

If you are looking to buy or sell gallstones, check with the Australian Food Safety Authority and Beef Central to ensure the sale is legitimate. If you decide to purchase from a seller online, use caution. Be sure to send a delivery note with your order, and enclose it in a box. You can also send the item via any tracking method, such as registered mail.